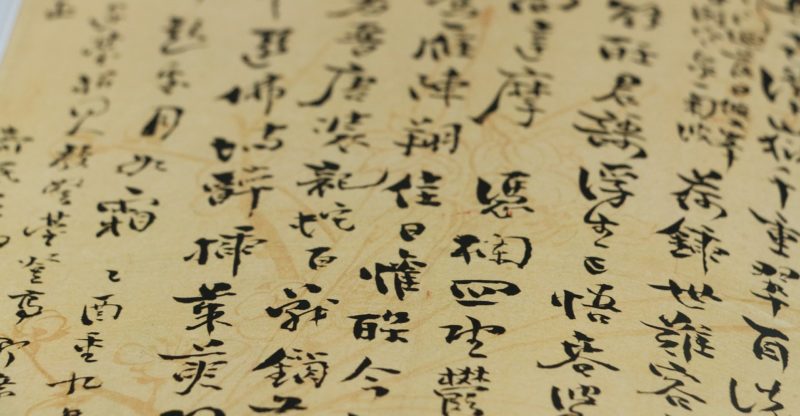 For those who speak English as their mother language, Asian languages might seem very hard.

Japanese is definitely one of those, and many friends of mine are actually having hard time learning Japanese alphabets.

In Japanese, there are three types of alphabets or writing systems: Hiragana, Katakana, and Kanji.

In this article, I will try to explain what those alphabets are and how they are used.

Hiragana is basically the very beginning of Japanese, so it will be the first thing to master when you learn Japanese.

In elementary school, kids in Japan also learn how to write Hiragana letters at the very first day. 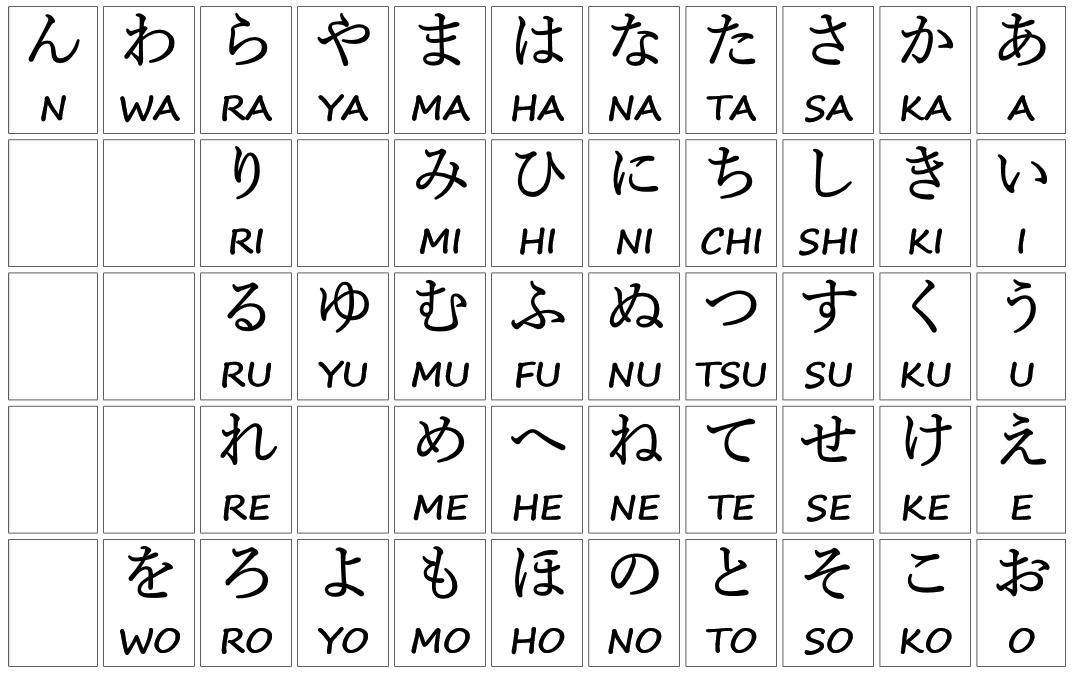 Hiragana is based on 46 letters, and they are largely phonetic.

As you see the chart above, each one symbol stands for a particular syllable.

When you put them together in a sentence, it becomes a word.

For example, karaoke is originally a Japanese word, and the word “karaoke” is a combination of 4 Hiragana letters: KA RA O KE (からおけ).

It applies to almost all Japanese words. 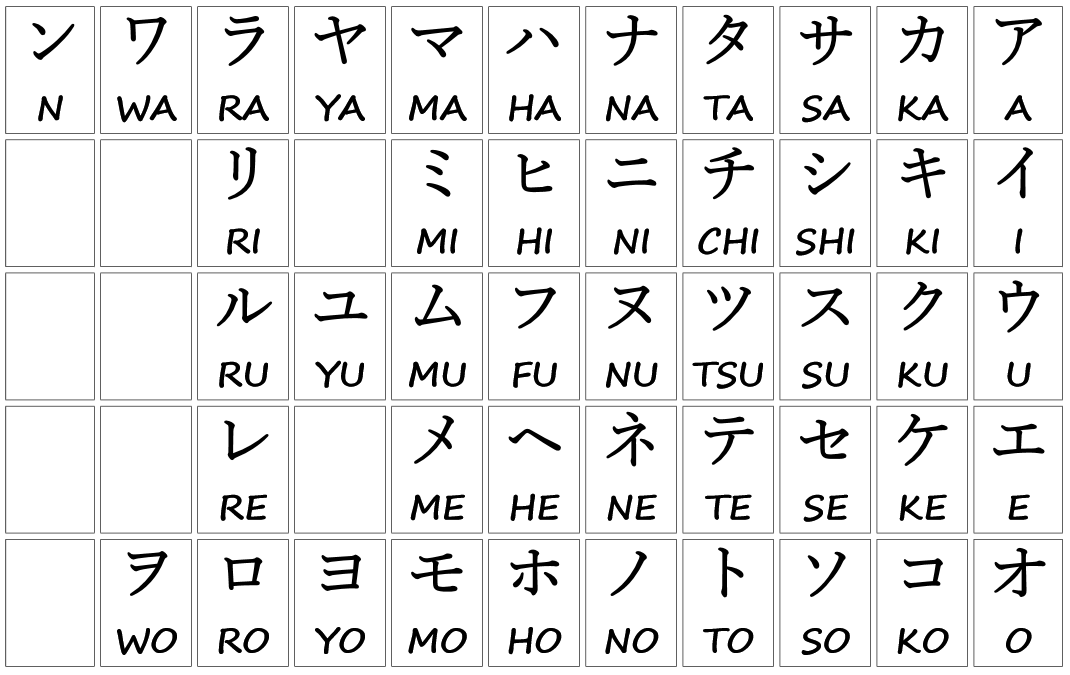 Katakana is pretty much the same as Hiragana.

Katakana is also based on 46 letters, and each symbol stands for a particular syllable in the same way as Hiragana.

The difference between Hiragana and Katakana is that Katakana is only used for a transcription of foreign language words, or loanwords.

English is probably the most noticeable language that has so many loanwords from foreign languages.

Guerrilla is originally from Spanish.

Origami is a Japanese term for the art of holding small peaces of paper.

Japanese language is no exception, and it has so many words especially from English.

People use Katakana when they describe these loanwords. 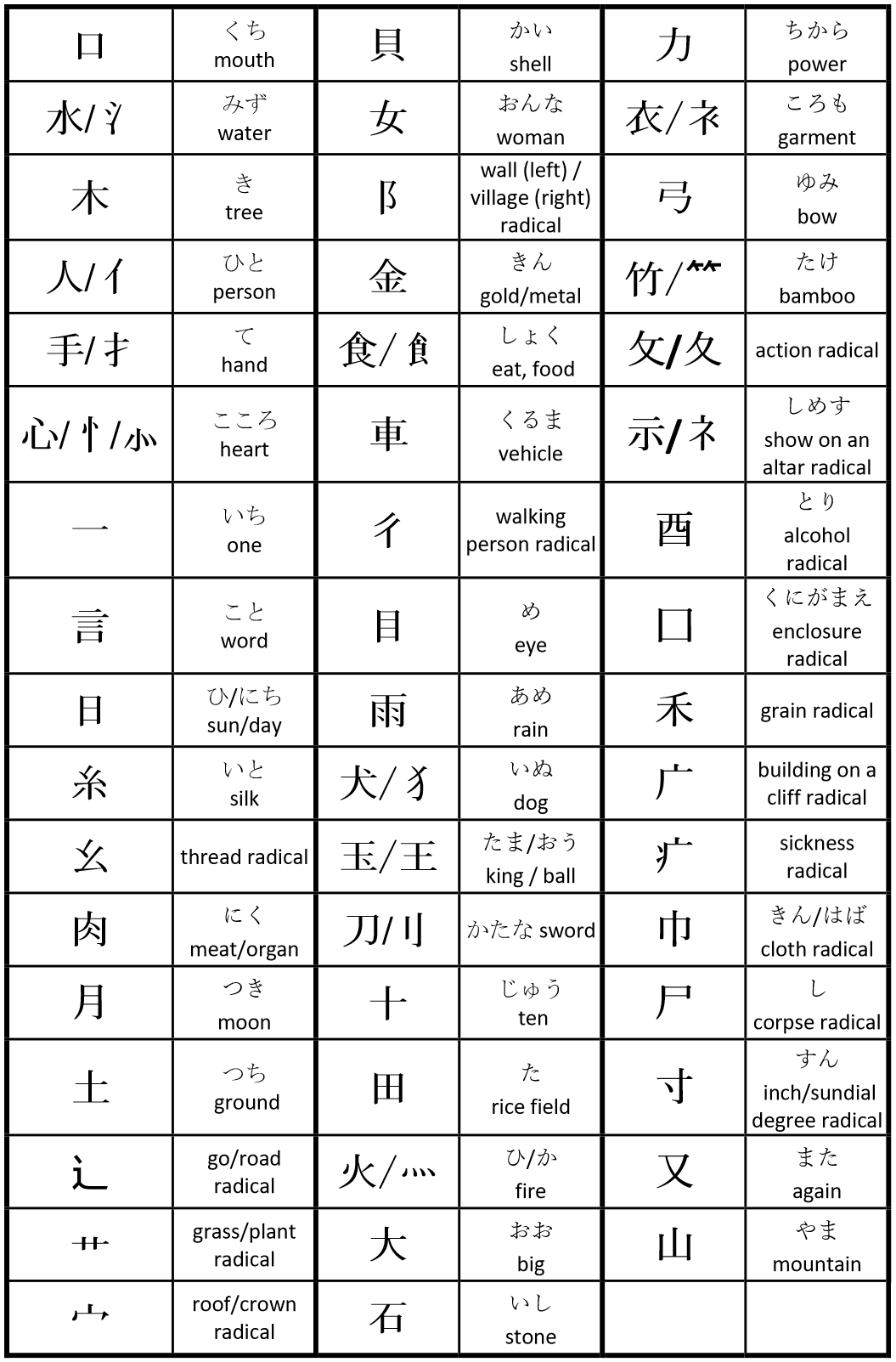 Kanji literally means “Words of Han (Chinese Characters),” so they are basically from the Chinese language.

It is said there are more than 50,000 words in Kanji, and they are one of the oldest written alphabets in the world history.

Thus, this is  the hardest parts in learning Japanese without a doubt.

Unlike Hiragana and Katakana, Kanji is not phonetic, instead representing the whole ideas.

In other words, Kanji is just like universal signs.

For example, ? is a question mark.

As soon as you see ? this symbol at the end of sentence, you get the idea that the person is asking a question.

Even if you don’t know how to pronounce ? (a question mark) in Spanish, you naturally understand it is a question.

Since there are so many Kanji letters, Japanese natives don’t necessarily know how to pronounce them or write them.

But they can get the idea of words at a glance because each word represents the whole idea.

Japanese people understand Chinese texts by reading, but they can’t pronounce the texts and vise versa.

But Why They Need Three Different Alphabets?

These three alphabets (Hiragana, Katakana, and Kanji) have had different roles throughout the history of Japan, but the language still needs these writing systems because they don’t use spaces in writing, so each alphabet acts as like word dividers.

They can simply discard Katakana and Kanji and only use Hiragana, but it would be very difficult to read.

It is visually easier to understand in contexts when these three alphabets are combined.

As mentioned above, Hiragana is the basis of the Japanese language, and it is basically phonetic.

In other words, once you master Hiragana, you will be able to communicate in Japanese.

Katakana and Kanji are not necessary for the communication, but only for writing and reading.

It is kind of known that Japanese is the language that is somewhat easy to communicate and extremely hard to write and read. 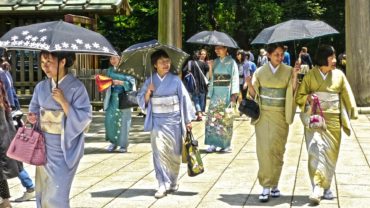