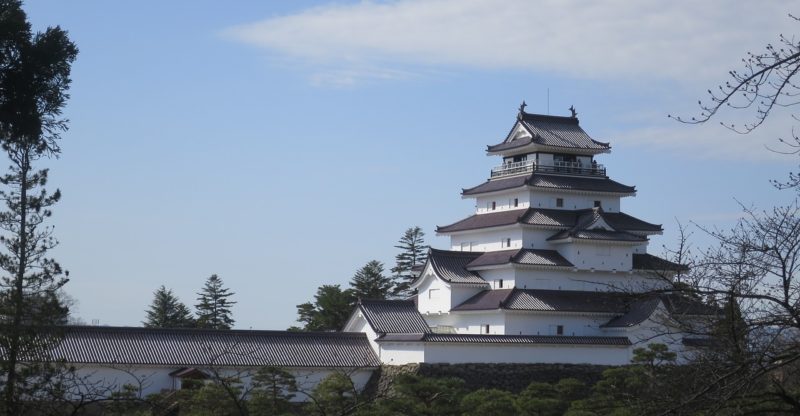 You may have probably heard of the word “samurai” and have some ideas what they are.

They were basically military warriors in medieval and premodern period of Japanese history, when the military government or “Samurai Shogunate” ruled Japan.

Sengoku Period is the period in Japanese history that is marked by constant military conflicts and civil wars initiated by Onin War and that ends with the establishment of Tokugawa Shogunate.

So it is the alternation between Japan’s medieval and premodern period.

There are especially three Samurai warlords during this period that are very important to today’s Japan, and they are still very popular Japan.

In this article, I will explain Sengoku period along with these three Samurai warlords.

Classical – Began with the introduction of Buddhism

As mentioned above, Sengoku period is the time that significantly changed Japanese society and political system in the medieval age into premodern.

It begins with Onin War in 1467 and ends with the establishment of Tokugawa Shogunate in 1600.

So Sengoku Period lasted for 133 years.

The emperor was officially the ruler of Japan, and the original reasons of Samurai was to protect his state and every Samurai Lord swore for his loyalty.

But when it comes to politics and military, Shogun were the actual leaders who had more power than the Emperor.

After all, the Japanese Emperor was only symbolic and the religious figure throughout its history and even today.

During Muromachi Period, Shogunate was located in Kyoto as well as Imperial Palace.

The Onin War was broken out by the controversy over the successor of Ashikaga Yoshimasa (8th Ashikaga Shogun).

But after the promise, an infant was unexpectedly born between Yoshimasa and his wife, Hino Tomiko.

The dispute was raised over who’s going to be the 9th Ashikaga Shogun after Yoshimasa.

Usually the current Shogun had a power to choose his successor, but he didn’t really care so the decision was all on the family and the people around them.

Kyoto was caught on fire and everyone started fighting in the capital city.

This is sometimes referred to as the worst and the silliest cause of civil war in Japanese history.

The Beginning Of Sengoku Period

After 10 years of Onin War, the influence and the power of Ashikaga Shogunate were markedly weakened, but leaders in local clans (Daimyo) emerged and started invading borders each other for local powers.

A lot of castles that you can see in Japan today were built during this period, and they played an important role to protect the cities from invasions.

Local markets and commercial cities appeared and started local-scale trading as well, so the use of money and local business became available to ordinary people.

As local clans tried to improve their economy and the population, agriculture was also improved.

In addition to those, Japan had the first contact with Portugal as Age of Discovery began in Europe.

Guns and Christianity were introduced to Japan in 1540s.

However, the guns or firearms at that time, sometimes called “Arquebus,” were far from the practical use in a war.

The military still used weapons like spears, arrows, horses, and so on until Oda Nobunaga.

These three are known as the warlords that eventually unified Japan after constant civil wars. 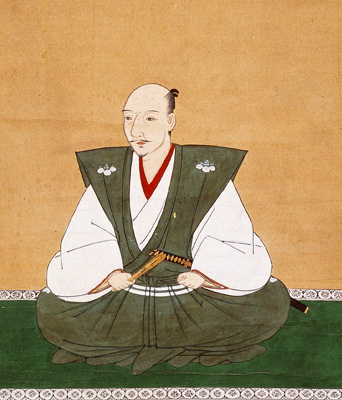 Oda Nobunaga is probably the most popular Samurai warlord in today’s Japan.

He was born in 1534 as the son of Oda Nobuhide, who was a ruler of Oda Clan and the warlord of Owari Province, near present-day Nagoya.

After the death of his father in 1551, he inherited his father’s domain and became the ruler of the province at the age of 17.

Oda Clan was much smaller and had no great reputations.

Nobunaga himself was also well known for his bizarre behavior, sometimes referred to as a fool.

In 1560, his neighboring clan, Imagawa who had much larger and more powerful military, and his ally clan, Matsudaira, gathered army of 30,000 and started his march toward Kyoto.

Imagawa’s initial plan was to expand his sphere of influence over Kyoto, so he could rule the entire country of Japan.

On the other hand, Oda Nobunaga could only rally the army of 3,000, and he decided to counterattack Imagawa army in Okehazama.

The surprise attack in Okehazama was a success.

Imagawa Clan, one of the greatest military at that time, was defeated by the small clan of Oda Nobunaga.

After the battle, he stole the Imagawa’s idea of controlling the capital and the unification of Japan.

Oda Nobunaga was a military genius.

After he actually entered Kyoto and successfully set up a puppet Shogun in the name of Ashikaga Yoshiaki in the year of 1568, anti-Nobunaga alliance sprang into full force throughout the country.

In spite of the isolation, his military defeated the combined forces one after another.

At the battle of Nagashino, Oda Nobunaga successfully adapted firearms into practice and completely changed the Japanese warfare.

He also tolerantly accepted Christian beliefs into the country from the Europe.

So a lot of Samurai actually became Christians during this period.

Trade monopolies and toll were heavily controlled by Buddhists, so he prohibited these monopolies and taxes at the same time to abolish the influence of Buddhism for the sake of economic aspects.

Bridges and roads were built throughout his territory, and he set the standards for the road widths and planted trees along roadsides so it accelerated even more trade in addition to his military strategy.

These policies significantly provided the major boost to Japan’s economy.

Oda Nobunaga was well known for his unique and innovative characteristics, but very strict and merciless at the same time.

No matter what their beliefs were or who they were, anyone who ever stood against him or denied his order got executed.

In fact, Nobunaga actually killed so many people.

This is also the reason why so many people were against his policy and why he made a lot of enemies.

Until 158o, Nobunaga had gained control over most of the Japanese mainland and almost completed the unification of the whole country.

However, one of his retainer, Akechi Hitsuhide, set up a rebellion against him in 1582 at Honno-ji Temple in Kyoto, and he was killed. 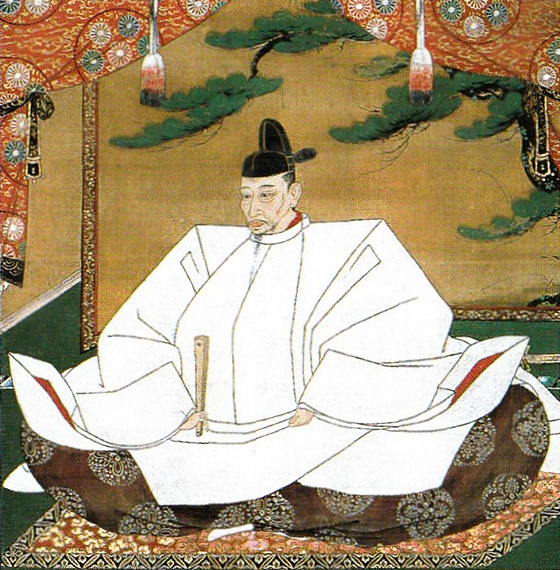 In 1558, he joined Oda Clan under the rule of Nobunaga.

He served as a foot soldier for Oda Nobunaga and gradually raised his position in the clan.

He eventually became one of the most important generals in the clan.

After the rebellion led by Akechi Mitsuhide that resulted in the death of his master, Oda Nobunaga, he immediately went back for vengeance and successfully killed him.

Due to the rebellion and Nobunaga’s death, Japan was broken again.

Since Toyotomi Hideyoshi was the one who killed Akechi for the revenge of Nobunaga, he effectively gained the control and technically succeeded the clan.

But not to mention, many people went against him, and conflicts broke out again.

And he successfully completed the unification in 1590.

Other than Toyotomi Hideyoshi, there is no one in the history of Japan that started from the bottom as a peasant and actually became the ruler of Japan.

It is difficult to find anyone who raised that much of social status like him even in history of the entire world.

During his control, he mostly succeeded Nobunaga’s economic policy and overall unification plan.

But he abandoned Christian missionaries and banned other warlords to practice the Christian belief due to the fears of European influence over Japan.

However, European traders and individual Christens were still allowed.

Moreover, he confiscated arms from ordinary peasants and strictly banned individuals from owning any types of weapons except for Samurai.

This is basically the beginning when ordinary people in Japan gave up their arms.

It is still going on today that Japanese government strictly controls citizens to not own guns or swords.

After the successful consolidation of Japan, Toyotomi Hideyoshi began the campaign against overseas.

His initial plan was to invade the entire states of Joseon Dynasty in Korea and Ming Dynasty in China, so he gathered military all over Japan and sent troops to the continent.

Japan could not re-supply their troops in the battle field after the multiple defeats in the sea by Korean naval forces commanded by Admiral Yi Sun-Shin.

Eventually, Japanese were bogged down in Pyongyang with no geological knowledge of the Korean Peninsula.

In 1598, Toyotomi Hideyoshi died in Fushimi Castle in Kyoto at the age of 61.

His death was kept secret due to the war situation, but Japan eventually made a peace talk with China and Korea and had troops back in their country.

This campaign ended up with a failure, but it only gave substantial damages to both Japan and Korea.

No one gained nothing after the 6 years of war.

Before Hideyoshi died, he called a meeting and determined his five councils, including Tokugawa Ieyasu, to be responsible for ruling on behalf of his son after his death. 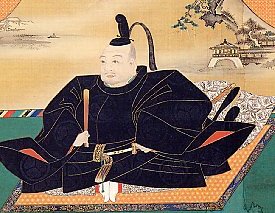 Tokugawa Ieyasu was born in 1543 as the son of Matsudaira Hirotada, who was a ruler of Matsudaira Clan and Warlord of Mikawa, the present-day eastern half of the Aichi prefecture.

As he inherited his father’s state and became the ruler of the province, he made an alliance with his neighboring Clan of Oda ruled by Nobunaga.

After Oda Nobunaga was assassinated by Akechi Mitsuhide and Mitsuhide was killed by Toyotomi Hideyoshi in 1582, Tokugawa Ieyasu decided to work for Hideyoshi and corporate for his unification campaign.

However, when Hideyoshi started the invasion campaign for Korea, Ieyasu was skeptical about this plan.

Since Japan was finally unified and came to peace, there was actually no point in fighting against another country again.

Aftermath Of The War

After all, there was no winner in the war with Korea.

But it caused great damages to Toyotomi’s troops.

Fortunately for Tokugawa Ieyasu, he never got an order by Hideyoshi to take part in this campaign, so the Tokugawa samurai had no damage.

After the death of Hideyoshi, Japan’s control was still on Toyotomi family and his son, but Ieyasu was responsible for ruling on behalf of his son, Hideyori, until he grew up.

In spite of this promise, Ieyasu started the campaign against Toyotomi administration and tried to establish Shogunate.

In 1599, he let his army to Kyoto and took over Osaka Castle, which was a residence of Hideyori.

This military action provoked all over Japan and especially the rest of Toyotomi councils.

But Tokugawa Ieyasu had enough military to defeat them, and a lot of people actually supported him.

The battle broke out in Sekigahara, and Ieyasu won.

After the battle of Sekigahara, Tokugawa Ieyasu successfully made Shogunate in Edo and made a perfect peace all over Japan.

This is the end of Sengoku Period and the beginning of Edo Period, which lasted for over 200 years with no single war. 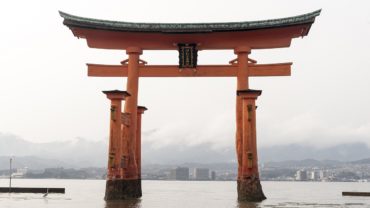