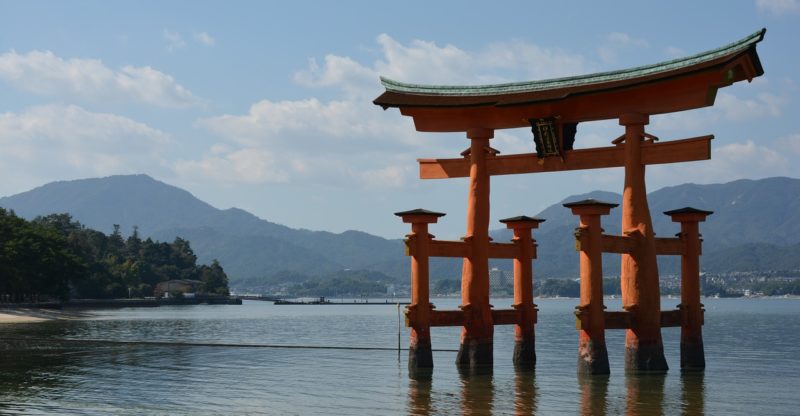 Shinto literally means “the ways of the gods” in Japanese.

It is an indigenous faith of Japan and its people.

Throughout the history of Japan, Shinto has given a great deal of impacts and influence to the culture and the people’s belief.

Today, more than half of the population in Japan still practice Shintoism in some way.

In fact, some pop-culture, like Anime and Japanese cartoons, are greatly inspired by Shinto.

In this article, I will briefly explain what Shinto is and where it comes from.

If you have a Japanese friend and you ask him/her what their religion is, most of people will answer your question ambiguously.

Even if they believe in god, they will probably tell you that they are not religious.

It is not that it’s rude to ask such a question about religion, but it is that the concept of religion in Japan is a little bit different from the original idea of “religion” that came from western world.

In Japan, many people actually go to Shinto shine occasionally and pray to gods.

At the same time, they conduct funeral ceremony in Buddhism way.

In addition to those, Christmas has also been celebrated in Japan, and some people actually hold wedding in church.

So it’s widely common in Japan a person celebrates for Christmas and goes to Shinto shrine for new years a week after.

And when their relative or family die, they hold a Buddhist funeral, but they still perform a wedding ceremony in church officiated by a priest.

But the vast majority of people in Japan don’t do those ceremonies for religious purposes, but customs.

In other words, Japanese people might be flexible in religious beliefs, or maybe they don’t simply care about it.

But what makes this culture?

You can find the answer from the idea of Shinto.

As mentioned above, the word Shinto(神道) or Kami no Mischi literally means “the ways of gods.”

Kami (神) is a Japanese word for god.

And it either could be singular or plural.

But in Shintoism, Kami usually refer to plural.

The word Kami in Shinto refers to sacred essence that exist everywhere in this universe, and they are not only one, but a thousand in multiple forms.

Rocks, rivers, trees, oceans, anything in our nature, animals, objects, and even people could be Kami or gods in the concept of Shinto.

So kami has closer meanings to the word “spirits” than “god” in English.

Is Shinto A Religion?

Technically yes, Shinto is a religion.

But it is very different from the western concept of religion.

Shinto doesn’t have texts as there is the Bible in Christianity and the Quran in Islam.

Instead, books of history and folklore play the role of sacred scriptures in Shinto that teach its origin and background.

Kojiki (Record of Ancient Matters) is, for example, the oldest book in Japanese history, and it describes the myths of Ancient Japan and the origin of Japanese archipelago.

In Kojiki, it tells the major concepts of Kami through the story of Emperor Jimmu (The first Emperor) along with the birth of Japan.

Thus, Shinto is not established by an particular individual, but advocated in nature and its history.

There is no dogma based on the teachings or deeds of a founder.

It doesn’t require you to join in an organization or to pray for a particular statue or a person.

So Shinto is not something an individual teaches, but it is more like something to feel.

It’s just like the idea of yoga, which is open to everyone.

Shinto And The Emperor

The highest authority in Shinto is the Emperor of Japan, and the rituals have been performed on the emperors in Shinto shrines throughout the history.

In the previous section, I mentioned there is no dogma or an individual to teach, so the emperor’s role, as well as other Shinto priests, is simply to pray for peace and harmony and to appreciate the nature on behalf of prayers.

When earthquakes hit Japan, for example,  the emperor often visits the devastated areas and meet the victims.

Japan’s holidays are originally based on Shinto rituals, and the emperor conducts services in imperial court.

We cannot describe Japanese culture without the influence of Shinto.

Shinto has been giving huge impacts on everyday lives of Japanese people and their beliefs.

The great example of this is Japanese anime.

It is often said many anime and Japanese cartoons are greatly inspired by Shinto.

In the story of “Spirited Away,” an animated film directed by Hayao Miyazaki, there is one famous character named Haku.

The character is actually inspired by Kami from the story of Kojiki.

In the story of “Princess Mononoke,” Lady Eboshi fights against nature; the boars, the wolves, Princess Mononoke, and the forest spirit for the sake of her town’s industrialization and prosperity.

But it eventually results in loss of her people.

Some critics say the real message of the film is criticism on Japanese industrialization and imperialism before the WWII.

The film “Your Name,” recent released animated movie and one of the most successful anime of all time, is also a good example.

It portrays the Shinto rituals in the movie as Mitsuha performs as “miko” chewing up rice and spitting it into a container.

It is known as “Kuchikamizake,” a part of the local custom, and the story itself is so much linked to Kojiki as well.

As for Dragon Ball Z, the story starts up from the concepts of Journey to the West, which is a Buddhist tale.

But as it develops, the structure of universe in the story is more based on Shintoism.

The concept of “borrowing natural power from others, including plants, animals, ocean, and people” is obviously from the idea of Shinto.

Now we know Japanese culture has been influenced by Shinto.

But the majority of Japanese people do not really think they are religious even though they do practice Shinto in some way.

If you ask a Japanese person if they believe in god, they might answer they rather believe in spirits than god.

That is due to the concept of Shinto that teaches the beauty of nature. 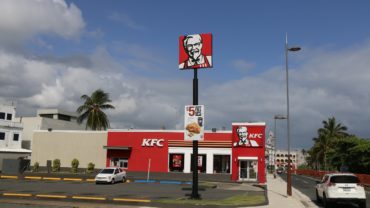