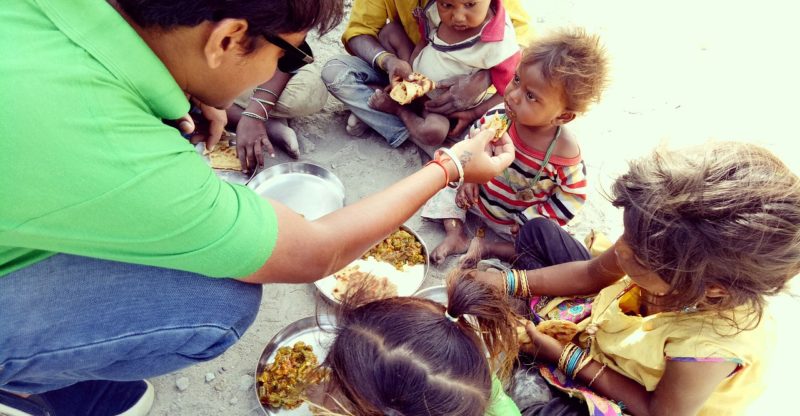 “There are starving kids in Africa.”

It is a cliche that parents often say when their kids waste food.

It is true there are actually many kids starving in developing countries.

Given that, it is natural to question “what can we do about it?”

Donating for poor kids in developing countries like in Africa or Asia is great, but not a solution for poverty.

As mentioned already, donating is the greatest thing that human being could do to others.

It makes someone happy.

It makes you feel good.

I also did it several times before.

I sent a used luggage packed with clothes and some electronics to kids somewhere in South East Asia.

Of course, I felt really good because I actually helped someone.

This is just a single example of mine, but it’s basically what people keep doing for a century.

But the problem of poverty never got solved.

When I visited to the Philippines last summer, I encountered naked kids looking for something to eat out of trash before their parents.

There are kids in Thailand begging for money from tourists.

Still, this is the reality because charity is not the solution.

The Problems With Charity

Here is why charity is not a solution.

When I sent clothes that I bought in Japan to some other countries, it technically ruined the local business.

If many of us donate their used clothes to poor people in a particular country for free, apparel industry in that country will no longer grow.

It applies to all the items around us, like bags and shoes.

Every time, we donate something for free, they get less business.

In the first place…

It is also a fact that a bunch of clothes disposed of in developed countries are mostly fast fashion brands, which are brands like H&M, Forever 21, Uniqlo, etc…

These clothes are incredibly cheap because they are produced in the developing countries, like China and Vietnam, where people work as manual laborers under poor working conditions and get paid like a dollar per hour.

So they can sell them cheaper and cheaper, instead of paying high salaries to those.

These “cheap clothes” are wasted every day, and they are eventually sent back to the poor people in the developing countries as “donation.”

As a result, the local apparel industry gets ruined, and they have no choice, but work as cheap laborers in the factory.

If you go to South East Asia, you will see so many kids on the street begging money from tourists.

And a lot of tourists actually give them money in sympathy.

And here is what happened.

They don’t need a real job when they get money from someone.

Instead, they go to airport waiting for foreigners to come in.

Even worse, it has increased the number of human trafficking that some adults kidnap kids on the street and enslave them to beg money from tourists.

In some horrible case, their arm is cut off so they can get more sympathy from people and “get paid” more.

Not to mention, the money donated by tourists goes to the adults who “hired” them, not the kids who really need help.

Some people give food for kids instead of money.

Of course, giving them food will definitely help them.

But it is just a temporary solution, not a long term.

If you give them food, they will get full for only about a few hours.

When they get hungry, they will beg again.

I mean, who learns how to get food when all the food is free?

There Is A Solution

“Instead of giving fish for free, teach them how to catch it.”

Namely, this is the solution.

Giving free stuff doesn’t solve the problem, but giving them knowledge is the best donation.

The example includes a foreign language, internet, agriculture, how to use a smartphone, and so on.

Charity has not worked for a century.

If you hope to donate for them, then work with them and do business for the locals.

If you hope to help the people on the street, then hire them and pay them money for what they work for.

They have great talents and passion.

They don’t need free stuff, but they need opportunities.